Showing posts from April, 2017
Show all

Either you got it or You Don't 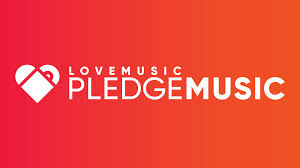 Hello once again, Yea Yea,its been awhile since the last post. Anyone keeping count of how many times I've opened with that? In all seriousness things got a little busy with working on the new album and sending promotional material along with our first album out to stores in several different parts of the Country(soon to be nationwide). I felt that with today being Record Store Day I had to make a post and thank all of the stores that are now carrying our music. And we have just started taking pre orders for the new album on Pledge Music along with some other specials deals for our fans. Also, I wantedmy last article on Dean to be a focal point to both my regular readers as well as new visitors. It was a truly groundbreaking entry for both me as a writer and for the Artist. I had taken lots of time acquiring the right information about his projects as well as his new project, and asked him all of the questions I felt that people would like to know the answers to and of course sp
Post a Comment
Read more
More posts