Showing posts from December, 2012
Show all

Set the bar for yourself 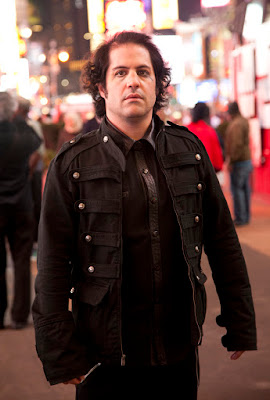 This will obviously be the last post of the year. I was brooding over what I should write about, I really don't want bore everyone with some lame ass "Year in review" piece. I was just very indifferent about the Holidays this year with the requirement of having to rush around like a maniac to buy stuff, which keeps getting crazier and crazier with each passing year. So much so that I even dreaded going to Holiday parties, partly because of my need to not conform to what is being spoon fed to us, but mainly because of my own self disappointment in where I think I should be at this stage of my life. However, the much dreaded Holiday events made lead me to meeting a remarkable person from another era. This person had been telling me about how the music scene once was here in New York , and in other places. The importance of such places like the Joshua Tree (the place in Southern California ,not the U2 album) and how he feels that music will be society's saving grace
2 comments
Read more

My Love/Hate relationship with Sandy 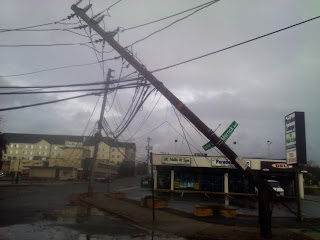 Hello, I know it has been almost 2 months since my last post. Obviously this has a lot to do with Hurricane Sandy. For the most part I don't discuss my day job, simply because it has nothing to do with our music and I assumed that people have this stigma about a band whose members have to go out and work a "regular" 9-5 isn't worthy of the same respect that bands whose music is their main job get.Of course, I would be much happier to be doing the band full time.Although recently, I have been seeing it from a different angle. We are actually able to fuel our own machine, as opposed to dealing with a large corporate entity (such as a major record label) in order to stay afloat(that's why I started my own record label). Over the course of the years,I learned that many bands that are established, that make album sales,and tour actually do that. For example, some friends of mine in High School found out where the guy from Obituary worked and decided to attempt a prank
Post a Comment
Read more
More posts