Showing posts from April, 2014
Show all

Wishful, Sinful: with updates on Forever Autumn Records and the new Of Beauty and Madness album, Litany 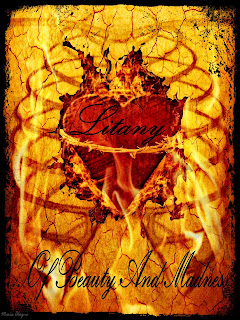 Greetings people. With the warm-er weather now here(finally) it is harder to sit down and write on a Saturday, which is usually when I do it. However, I had plenty of work to do with the upcoming re-release of the Imbolg album and the release from Of Beauty and Madness , titled Litany . For a long time I have been focusing on my own band and felt that I would not be able to devote the proper attention to another musical project, however this has taught me a lot about the dynamics of being a part of a band, as a member and not being the leader. I must say in some ways it is a relief to not have that burden on my shoulders. Even with the process of getting this album ready, I saw how much of a well oiled machine a band can be. We had a friend create the album artwork,we designed the rest,with the exception of a photo taken by another friend. We placed the order for the cds and distribution, and fortunately one band member lives close enough to Discmakers and was able to pick the cd
Post a Comment
Read more
More posts